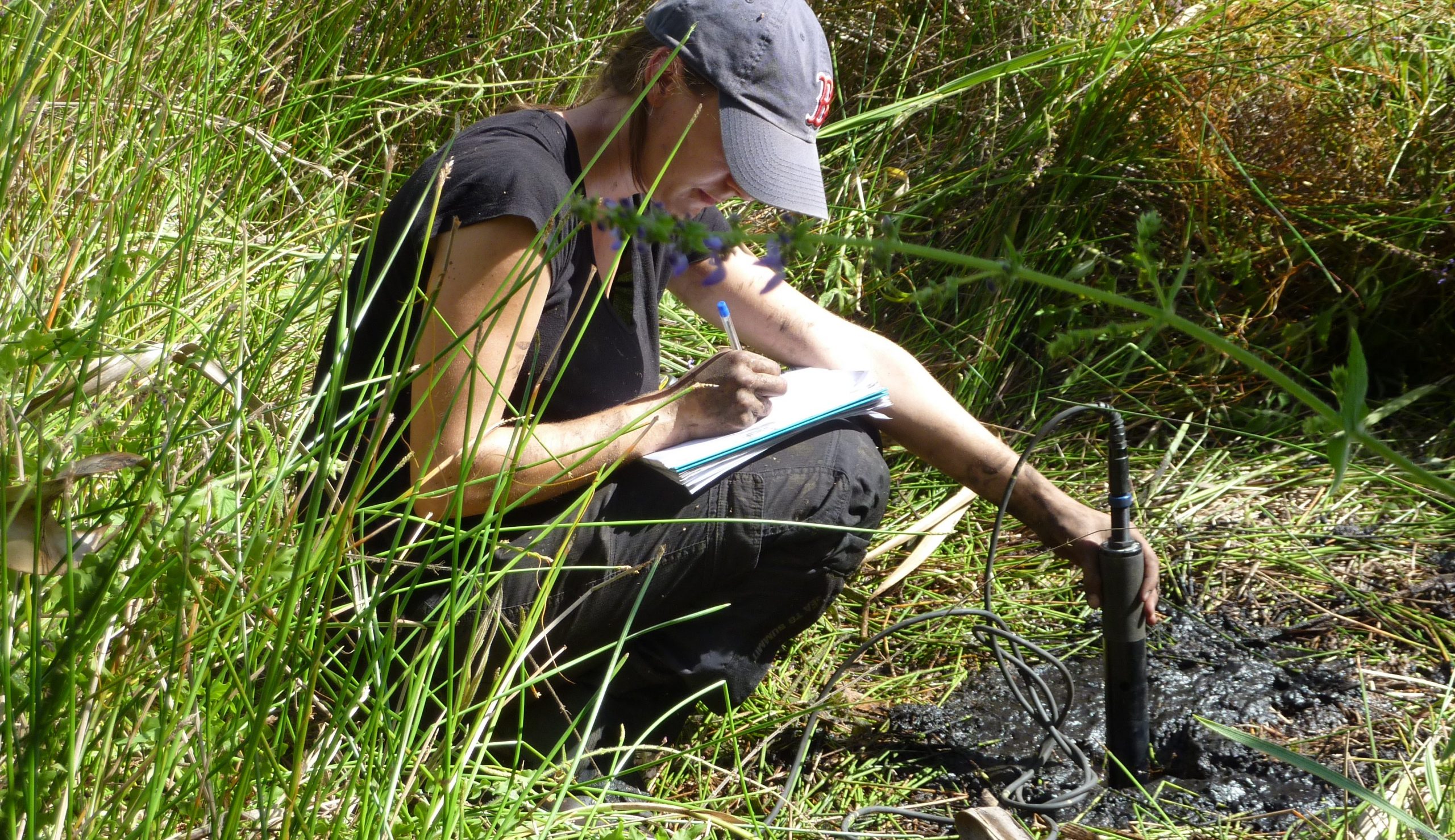 Unlocking the past environments of the Kimberley

For the past several years the Foundation has sponsored an environmental change project including an understanding of the Australian monsoon. Emily Field, a PhD student at the University of Queensland, shares with us the research she has undertaken and the progress made on samples taken from springs in the region in 2005 and 2015.

Across much of tropical Australia the monsoonal climate affects sediments which we might typically use to investigate past environmental change. Monsoonal rains might scour away the sediment, and the wind may remove it during dry periods. Fossils within the sediments can also get affected by this seasonality as they can become weathered. However, as Emily explains, “in some locations across the Kimberley, springs containing deep peaty sediment deposits have been found which provide an exciting avenue for palaeoenvironmental research.”

In 2005 Dr Andy Hammond and the late Grahame Walsh collected sediments from a number of sites, including Black Springs, which were donated to the University of Queensland. Initial analysis showed that these springs contained fossils and information for palaeoenvironmental research, including pollen and dust. As a result, a record of environmental change thought to be up to 15,000 years long could be developed from Black Springs. Based on this success, a team of researchers from the University of Queensland (UQ) and University of Wollongong (UoW) took samples from a number of springs across the Kimberley in the 2015 dry season.

Obtaining reliable dates for the sediments is essential. “We would normally expect older dates at the bottom of the spring sediments. As the sediment gets shallower the dates become younger, representing the process of deposition through time” Emily says.

Unfortunately the initial radiocarbon dates didn’t follow this pattern and a series of challenges frustrated the talented and committed researcher. A team of researchers from UQ, UoW, James Cook University, the University of Freiburg and ANSTO were called in to assist. They found that the application of standard radiocarbon dating methods to the springs was problematic due to groundwater fluctuations and biological processes such as root growth down through the sediments.

“We needed to isolate carbon from the sediments created at the time of past burning events” explains Emily. The team found that a relatively new radiocarbon pre-treatment technique, called hydrogen pyrolysis (HyPy) allowed that process to take place and removed most other contaminants. Emily finally obtained a logical sequence of radiocarbon dates for the springs using this technique.

Next, the team worked out whether the past environmental changes seen at Black Springs reflected broader scale climatic change across the Kimberley, or whether they were a response to local spring dynamics. “We analysed three springs spread across a distance of 100km, and looked at the microfossils and geochemistry of their sediments. Interestingly, each of the springs started to accumulate sediment at roughly the same time – during the deglacial around 14,500 years ago. This suggested that we were seeing a response to a regional scale change in climate at this time” Emily says.

With the help of Dr Jon Tyler from the University of Adelaide, statistical techniques showed that there were indeed synchronous changes at the three springs in the geochemistry and non-pollen palynomorphs (ecological microfossils which are preserved alongside pollen but which are derived from other sources such as algae and fungi). “This showed us that these indicators were responding to regional scale changes, and that the springs were recording climatic changes across northwest Australia.

“What we now know from the palaeoenvironmental records developed from the three springs is that monsoonal precipitation increased in the deglacial from around 14,500 years and remained relatively high until about 7,500 years ago. We see a short return to increased rainfall at about 4,200 years ago.”

This coincides with the global ‘4.2 ka event’ which was one of the most severe climatic events of the last 12,000 years. “It’s intriguing that we’re picking this up in the northwest,” says Emily. The records also show that the monsoon weakened 2,600 years ago, with a period of particularly low rainfall between 2,000 and 1,000 years, before becoming more active again in the last millennium.

“What we hope now is that our records of environmental change can be useful to all the other researchers working in the Kimberley and that our work will go on to help others interpret their records” Emily says.