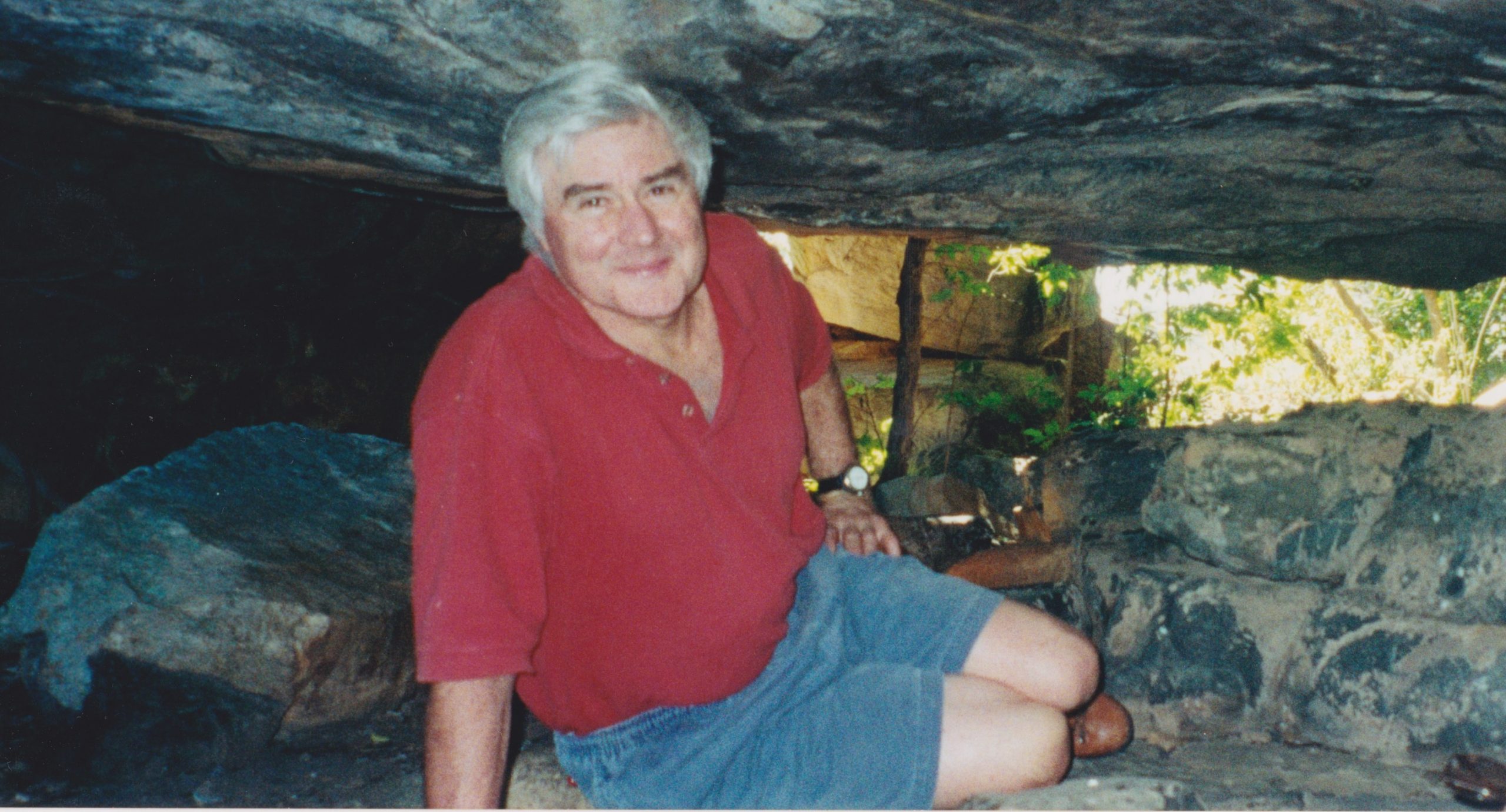 Henric Nicholas – a devotee of rock art and the Kimberley

Henric Nicholas – a devotee of rock art and the Kimberley

My friendship with Henric dates to the early days of the Bush University. Henric and his wife Minny were graduates of the Bush University 1997. This was their introduction to the ancient rock art galleries of the Kimberley and the beginning of a love affair with the Kimberley and its people.  The late Tony Coote, an earlier Bush University graduate and the first Chair of the Wandjina Foundation, suggested to me that we invite Henric to Bush University.  Henric was on the Royal Agricultural Society board with Tony, and Tony’s stories of the Ngarinyin people and the Bush University sparked a strong interest for Henric.   With their good friends Andy and Barb Dowe they arrived at the Marunbabidi camp site in July 1998.  Although David Mowaljarli had recently died, Henric learnt of the significant sites and the deep mythology with the land, from Paddy Neowarra and Paddy Wamma and younger members of the family who all came to participate and share their stories.

Soon after this Kimberley adventure, Christina Kennedy and I decided it would be a good idea to invite Henric onto our Board.  In those days there were only 7 directors, and the board met in Sydney at numerous places such as Alec Shand’s chambers, at the Kennedy’s in Kirribilli, in Zeke Solomon’s legal office or at Angus and Coote’s headquarters in Macquarie Street, but it wasn’t long before we were also sitting around Henric and Minny’s dining room table at Edgecliff holding our meetings.    Henric became Chair in 2000 as we moved to become the Kimberley Foundation at the behest of two of our early aboriginal directors, Keith Nenowat and Laurie Gowanulli.   We expanded our reach and our fund raising with well attended information evenings at various venues around Sydney, including the Art Gallery of NSW, Allen Allen and Hemsley’s board room and the Union Club.

The Ngarinyin, Worrora and Wanumbal elders and traditional owners all wanted to know and asked us for help in finding out  in ‘white fella’ years, how old their Wandjina art galleries were.   They were taking people to see these galleries and the first question every visitor asked, was ‘how old are they?’   This was the KFA’s prime objective – to scientifically discover the age of these precious galleries, so that when traditional owners took people to their specific sites and shared their stories, they could also tell the guests their age.

In 2001 after I had moved to Doongan Station, to manage Allan and Maria Myers’ cattle stations, Henric and Minny were regular visitors.  Their thirst to know more about the ancient art, and the people was infectious.  We had many fun and funny times. I always tried to include a Saturday night adventure to Kalumburu – mainly to go to Mass followed by a dinner at the Monastery but also to meet the locals.  We loved listening to their stories. 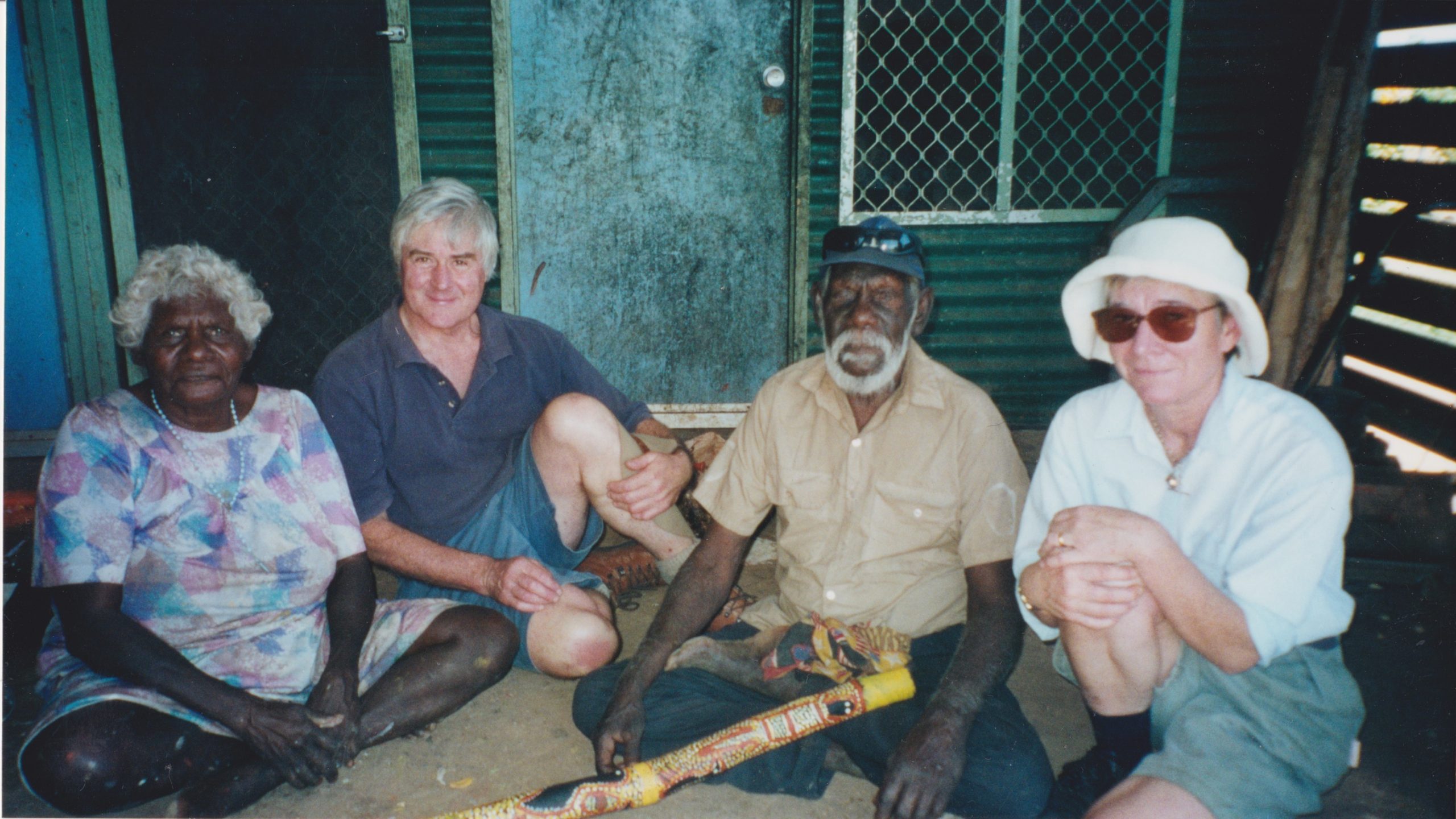 This photograph is of Henric and Minny with Lily and Jack Karadada on their first visit to Kalumburu.  Jack has since died.  Lily is now in palliative care in Kununurra.  Lily was always hopeful that she would sell a painting whenever I took visitors to meet her and Henric never disappointed.

Father Anscar, the local parish priest who had been there many years, was always the wonderful host after Mass. He would be joined by Sister Scholastica, Sister Visitation and Brother John, who had made the much appreciated but sometimes raw and intoxicating home brew. It always seemed a little incongruous to me to pray at Mass for God to help everybody get off the grog, and then half an hour later to find ourselves drinking Brother John’s special beer around the Monastery table. All part of the rich tapestry of this unique Christian outpost. I never visited without seeing the humour (and poignancy) in it all – as I know Henric and Minny did. They fitted in comfortably with the diverse and varied number of people sitting around the Monastery table and the conversation flowed. I thought, very different to the Henric’s tables at the Royal Agricultural Society, St. Paul’s College or even the Judiciary dining room?   But no less colourful.

On one of their visits, I asked Henric and Minny to help catch a rooster given to me by a Kalumburu family as my Big Boy rooster had been killed by a dingo. Robbie Hackett and Esther Waina a large Kalumburu family,   had a surplus of roosters ready for the pot and were very happy to give me one. But as all the roosters were ‘free range’, I had to catch it!  Henric and Minny were invaluable – although it was a funny sight to see Henric (slightly flat footed) running madly after a shell-shocked fast rooster as all the barefooted kids as well as me, Minny, Esther and Robbie tried to corner the wretched rooster who kept disappearing under the house or into old car bodies in the back yard.  With much yelling, screaming, sticks, stones, and hilarity the rooster was finally cornered . The game was over and the rooster, minus a few feathers, caged safely on the back of my Toyota. Henric deciding to name it Houdini; and Houdini, who proved his prowess with the Doongan chooks, it was for years.

On several occasions Henric and Minny visited Doongan to help with KFA visitors. It was always a joy to have them and they were called on to do all sorts of things – whether it was preparing picnic lunches at dawn, for those going out into the field, sitting with Maria on her verandah explaining the aims and objectives of the foundation to guests, and teaching Rock Art 101, or helping prepare the dinners we had around the campfire.  Minny was a tireless help in the kitchen and Henric a great chauffeur on the rough bush tracks where we held many of our informal ‘meetings’. Maria enjoyed and appreciated them as much as I did.

Many people knew Henric as a Supreme Court judge. Henric, with KFA Director Bruce Cameron,  brought those legal skills to the rock art arena in the successful defamation action against Oxford University Press on behalf of Grahame Walsh. Watching Henric clamber over rock art sites, I used to try to imagine him sitting wigged and robed on the Bench – a big stretch. 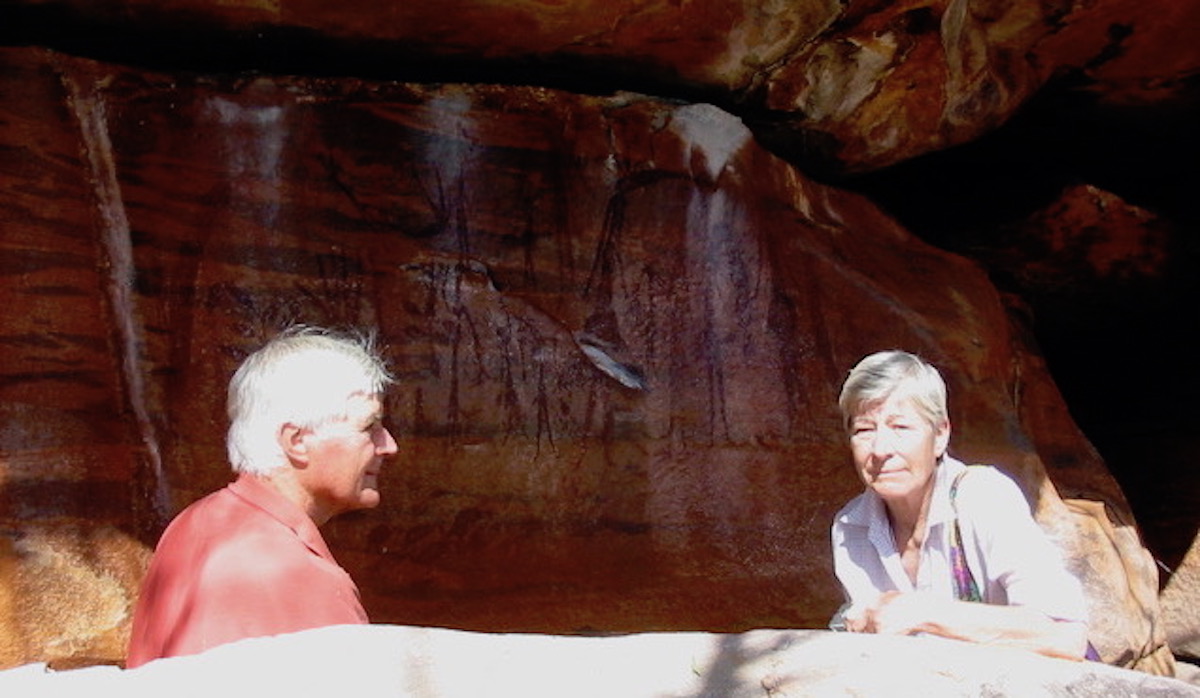 On one occasion when we were exploring a very extensive art site over a large area, we broke into groups.  We had been looking for an elusive panel for a couple of years.  We had an old photo and knew the general area.  I decided this was the day we were going to find it and offered a reward.  Henric and Minny were jubilant – they eventually returned to camp, worn out but with big grins – they had re-discovered it. I hadn’t realised how competitive Henric was – the prize, besides the honour and glory, was the naming of that beautiful panel – Henric’s site.

Their last foray into the Kimberley was as assistant cooks and bottle washers for the KFA scientific camp in the Drysdale River National Park.   Both the UWA Kimberley Visions and the Melbourne University teams were grateful to them both – Henric helping with bringing water up from the river and keeping the wood supply going, and Minny assisting Robin with the huge number of people who had to be fed. There are myriad odd jobs around the camp and they were always there to lend a hand. The aboriginal field assistants loved Minny – they had discovered she was a smoker and was very generous with her stash.  She even became more popular than Robin the cook.  Henric would sit up with the scientists every night whilst they disseminated the day’s findings and enjoyed the academic discussion.

One of my fondest memories is that every time Henric visited he would bring me a bottle of Drambuie. This was for two reasons.  Primarily I suspect because it was a ritual for Henric and Minny to have a nightcap before they went to bed and they wanted to continue that whilst in the Kimberley.   I soon enjoyed their ritual…after the washing up was done, the generator was turned off, and everybody else had gone to bed, the three of us would sit out on the lawn under the poincianas enjoying the silence and the stars, whilst sipping a Drambuie on ice before turning in. We used to laugh about the first time they introduced me to this ritual. It was the Bush University in 1998, and because it was a dry camp we had to hide behind our tents like naughty children whilst Henric poured the rather warm, hidden Drambuie into panikins so if we had been sprung, it would look like we were drinking tea. It made the whole illegal ritual quite exciting. (May be the only illegal act that Henric ever did?  He was always such a stickler for the rule of law!)

So many of us will miss Henric – his fellow directors and RAA staff, the supporters, the scientists, the field  assistants, the traditional owners with whom he had formed strong relationships and of course his many, many friends. The evening I heard Henric had died, I found the last nearly empty Drambuie bottle that he and Minny had brought me; I poured myself a good strong Drambuie on ice and sat outside in the tropical evening and saluted him.   Goodbye dear friend.   RIP  The Hon.Henric Nicholas. QC

Rocks of ages a priceless art legacy after 50-year walkabout 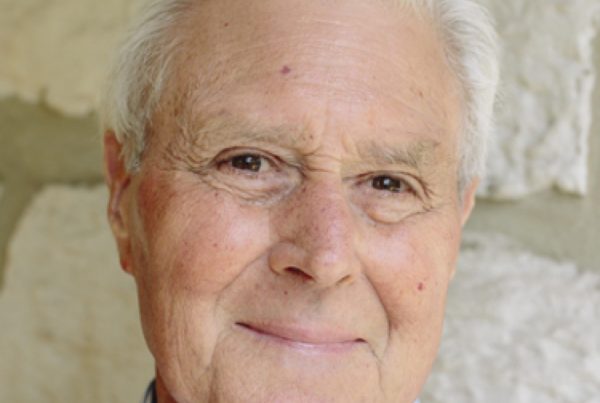 Rock Art Australia acknowledges the Traditional Owners of the places in which we live, work and play. We recognise and respect the enduring relationship they have with their lands and waters, and we pay our respects to Elders past, present and future.

Rock Art Australia acknowledges the Traditional Owners of the places in which we live, work and play. We recognise and respect the enduring relationship they have with their lands and waters, and we pay our respects to Elders past, present and future.