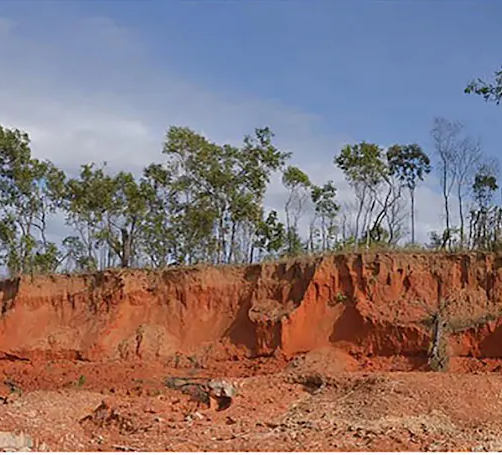 Research funded by the Kimberley Foundation Australia reveals Aboriginal occupation in the North West at 50,000 years ago.

A team of archaeologists led by The University of Western Australia, in partnership with Traditional Owners, has discovered that the remote Drysdale River catchment in Western Australia’s northern Kimberley region has one of the earliest and securely dated sites for Aboriginal occupation in the North West at 50,000 years ago. The site also has evidence for Aboriginal occupation during a cold and dry peak at the height of the Ice Age at 19,000 years ago when conditions were very different.

Minjiwarra: one of the earliest dated sites for human occupation in the Kimberley, Drysdale River.

Lead author Professor Peter Veth, the retiring Kimberley Foundation Ian Potter Chair in Rock Art, said the site had previously been described as a dune feature showing a break in Aboriginal occupation. “Our work changed that view. This is actually a sedimentary (flood) feature built up over 50,000 years and it shows early, intermediate and more recent occupation by Aboriginal people,” Professor Veth said.