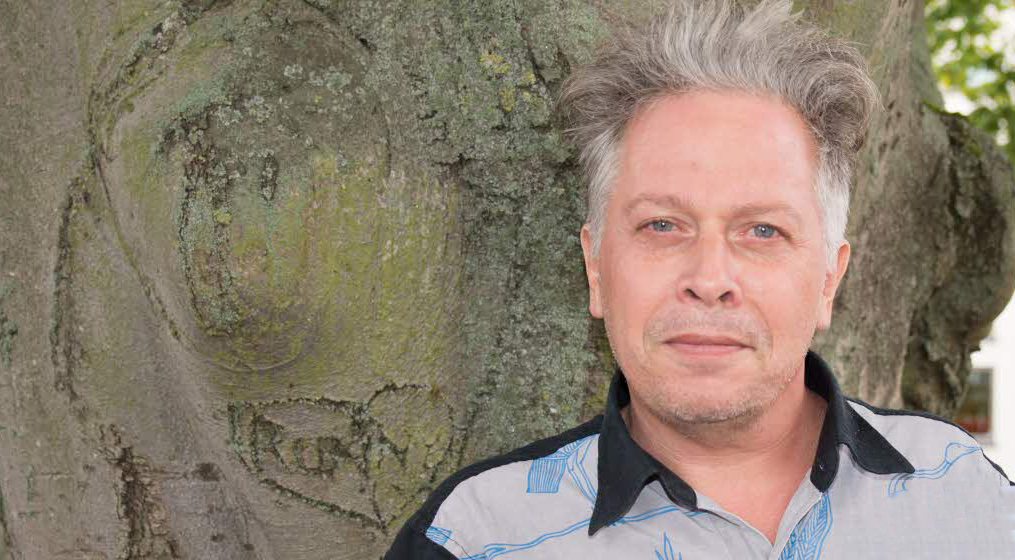 Professor Joakim Goldhahn, an internationally acknowledged rock art scholar with more than 25 years’ experience exploring the meaning and significance of rock art, has been appointed the Rock Art Australia Ian Potter Kimberley Chair at The University of Western Australia (UWA). He takes up his position at UWA in August. He is based at Linnaeus University, Sweden and holds an adjunct Professorial position at Griffith University.

Goldhahn fills the vacancy left by Peter Veth.  An international search has delivered a superb candidate who for the last nine years has worked collaboratively on community-based research into northern Australian rock art with on-going fieldwork in western Arnhem Land.  He has written more than 20 scholarly books and over 100 scholarly papers on rock art in Europe, South Africa, North America, and Australia.  For his research on north European Bronze Age, he was awarded the Oscar Montelii Prize in 2018, a prize only bestowed every fifth year by the Royal Swedish Academy of Letters, History and Antiquities.

Since 2000 Goldhahn has been involved with four Australian community-based research projects in western and north-western Arnhem Land.  This collaborative research has included clan groups: Mirarr (2011-2015), Maung (2016-2018), and Djok (2017-ongoing). His primary focus in this project has been on the recent rock art artists, their artworks, and legacy; and he has an extensive network of interdisciplinary collaborators. His experience will enrich the already well-established archaeology group at UWA working within the Centre for Rock Art Research + Management.

“The opportunity to conduct research on the significance of Aboriginal rock art with Aboriginal stakeholders and my Australian colleagues is a dream come true” said Professor Goldhahn. “I have been fascinated by Aboriginal life-worlds and their rock art traditions since I started my research career in the mid-1990s. The more I have learnt about the manifold meanings of Aboriginal culture and rock art, the more my fascination has deepened. Importantly,Rock Art Australia Ian Potter Kimberley Chair is an opportunity to assist Aboriginal people to promote and protect their cultural heritage for future generations. I am grateful and excited and look forward to this new role.”

“These two pillars of scientific rock art research established by RAA are fundamental to revealing the deep history of Aboriginal Australia and its significance in the global narrative of human origins,” said RAA Chairman, Laurie Brereton. “The appointment of Professor Goldhahn is an important milestone in continuing to build this understanding.”

Executive Dean,  Professor Matthew Tonts said “I am truly delighted to welcome Professor Goldhahn to UWA as the Rock Art Australia Ian Potter Kimberley Chair. Professor Goldhahn’s work in exploring the meaning and significance of rock art will be a boon for our Centre for Rock Art Research + Management. This significant international appointment strengthens our valuable research at UWA and supports our continuing Indigenous cultural conservation in the Faculty of Arts, Business, Law and Education.”